On April 17th, 1961, on the stroke of midnight on a black moon night, the CIA launched a secret military operation: the Bay of Pigs landing. The invasion aimed at overthrowing the Cuban government of Fidel Castro was a resounding failure.

On October 28, 1492, at the opposite point from the Bay of Pigs, another landing took place in the Bay of Bariay. Christopher Columbus landed in Cuba… thinking he had reached Japan. Thus, at dawn, he naturally sent two conquistadors to explore the island of the rising sun and of the sugar canes in search of the Great Khan, or more precisely of the Muromachi Shoguns who ruled the island from Kyoto to Guantanamo.

A few years later, in 1516, on another island, this time England, Thomas More put the final touches to his major work, Utopia. The politically mysterious island of Utopia is a neologism which has a double etymology: ou-topos and eu-topos. One the one hand, we have a topos, a place which is nowhere, on the other, a place of felicity.

A few centuries after Christopher Columbus and Thomas More, Cuba then joined the utopian kingdom of Marxism-Leninism. Although the Soviet Empire collapsed, the Caribbean island continues to resist the invasion of globalized liberalism. But on May 14th, 1994, Michel Villand, a Breton businessman coming from Marseille, took his turn to land on the island. 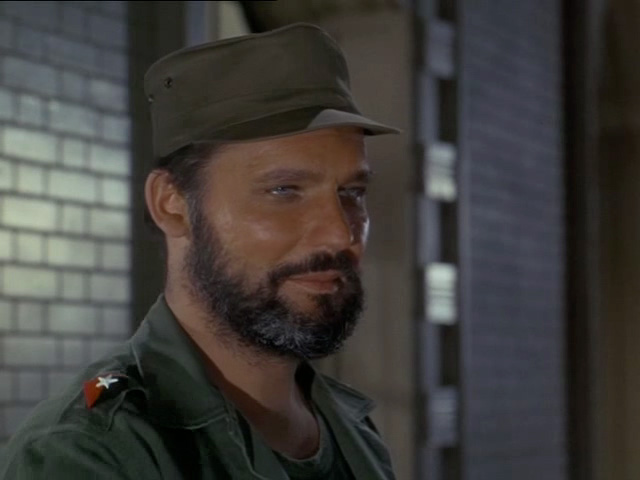 18 years later, in 2012, he has a book published: Fidel Castro, my Associate. His Cuban memoirs are neither a novel, nor a literary work, but a testimony; the true narrative of an incredible adventure, an extravagant and paranoid comedy which oscillates between the zany and the tragic. As in a story by Marcel Pagnol revised by Kafka and Cervantes, the businessman decided to create a network of bakeries in Cuba and to convert the communist island to the benefits of eating French croissants and baguettes. Of course the Máximo Líder has a genuine yet limited affection for France. It is not the eldest daughter of the Church which Castro, faithful to his convictions, admires, but France as the motherland of all revolutions, as well as its holy republican trinity and its inevitable motto: Liberty-Equality-Fraternity. By reciprocal agreement, the Cuban leader enjoys some implicit or obvious leniency from a part of the journalistic intelligentsia and of the Политбюро, the French cultural Politburo. This is convenient, for Michel Villand is himself a former partisan of the victorious Mitterandism, of its calm strength which wanted to change things. 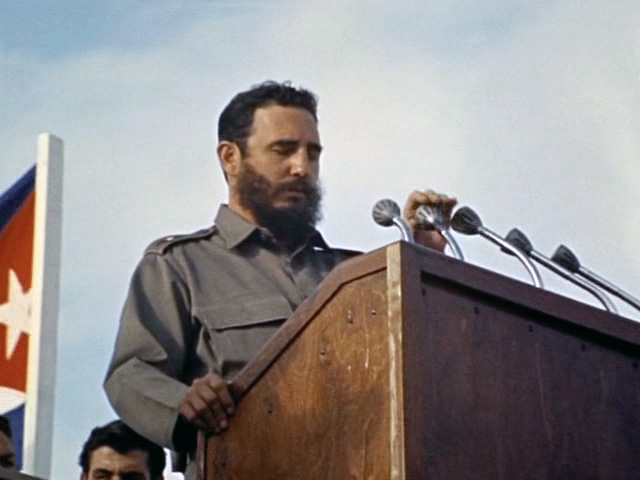 Fidel Castro, my Associate. What is this title the name of? as the tremendous meta-commie-physician Alain Badiou* would have put it. What kind of evasive judgment can predetermine such an adventure? What kind of equivocal gaze could attract the capitalist black wolf in the white communist sheepfold? By what right can two so dissimilar terms be juxtaposed? “Associate”, a word deriving from the basely materialistic world of free enterprise, and “Fidel Castro”, the living myth of tropical dialectical materialism. “Evasive”, really? “I never achieve anything without using evasions and deceiving myself”, André Gide wrote in his Journal in 1912, a sentence that Castro could have applied to himself in the first volume of his memoirs, published in 2012, and whose title is so kitschily Sartrian, The Strategic Victory. Thus Michel Villand’s associate is the king of the full-flowing political speech in which we can soak up for hours (Castro holds the world record of 7 hours 10 minutes), but also the victim of the highest number of assassination attempts (a record of 638 attempts, ordered by the CIA and other similar counter-revolutionary organizations). The reason why Fidel Castro is Michel Villand’s associate is actually normal, almost banally constitutional. For according to the planned economic regime, the Cuban state owns 51 % of Michel Villand’s company. As Franz Kafka puts it: “Before the Law stands a doorkeeper.” Fidel Castro, my Associate, the autobiography of a Cuban adventure, recounts the creation and the fantastic running of an industrial bakery and a chain of stores. So as to resist economically to the numerous and cruel American embargos, the regime authorized the commercial venture. But once the business began to flourish, Michel Villand’s troubles started and the noose began mercilessly to tighten.

In the country of Cuban communism, economic pragmatism proves to be a utopia; on the contrary, irrational political decisions and struggles for domination are a reality. Because of continual espionage, misappropriation of employees’ wages by the regime, thefts and sabotage attempts, our adventurer started little by little to lose his grip on his own company. As he lived many years on the island, Michel Villand became a first-hand witness of the Castrist system. 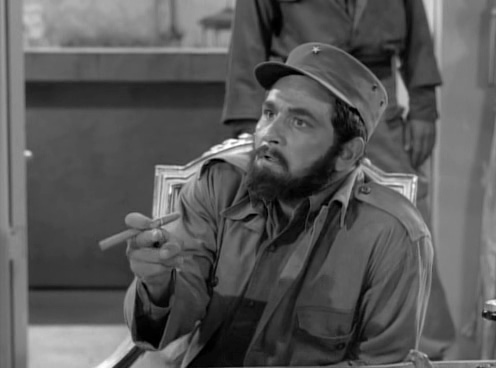 “How could the country reach such a stage?” the author wonders. “How could it collapse in this way? By what tortuous path did the Cuban Revolution give birth to this liberticidal regime? A large part of the answer can be summed up in three words: corruption, denunciation, repression. Like the Soviet model, Fidel has solidified his power by maintaining his control over his people; and the best way of controlling them is to maintain a perpetual state of deprivation.” The case will be tried, yet not in a judicial court of Havana, but in the London Court of International Arbitration. We will not reveal here the agreement which was reached between the two parties: Michel Villand and his associate.

As in a story by Marcel Pagnol revised by Kafka and Cervantes. For Michel Villand and Don Quixote, through their real or imaginary stories, embody the parodic and fictitious uncertain dimension of any true human adventure. After all, is not ideology — by right utopian and in fact dystopian — a fictionalized form of politics? Are not Fidel Castro and his doubles the only real characters of the history of the 20th century to be present both in an episode of Twilight Zone (The Mirror, 1961) and in a film by Alfred Hitchcock (Topaz, 1969)? We could almost wonder if Fidel, oscillating between a living myth and decrepit mythomania, as the great manipulator pulling all the strings, is not the true author of Fidel Castro, my Associate; and Michel Villand, an unwilling narrator progressively discovering the extent of the operations. On this account, the chapters devoted to the relationship between El Commandante and Santería, to the Babalawo “priests”, to the Yoruba religion and to spell casting techniques — those “scenes of social-occultist life” to quote Philippe Muray — are (ethnologically speaking) edifying, incredibly true but also strangely outdated, as if the narrative plunged the reader in a sweet-and-sour ironical exotic thriller from the 1950s, in Technicolor and in a “commyllywood” way. 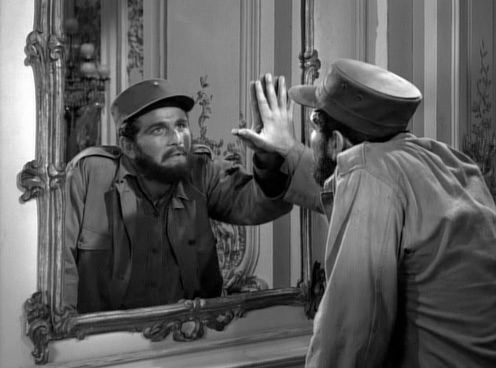 And behind the tropical shimmering heat, the plots, the paranoid fever, death is still on the prowl. Fidel and his brother Raúl, the two dictatorial puppet-masters, are the target of many jokes in Cuba. “Listen to that one: an old communist is dozing in the great hall of the theatre Charles Chaplin, renamed Karl Marx since the victory of the Revolution. 5,000 people are waiting for Fidel and his brother Raúl. Times passes and the old communist falls into a deep sleep. At one moment, a rat scuttles across the stage and the crowd starts to shout: ‘We have to kill it! We have to kill it!’ The old communist wakes with a start and stands up all of a sudden, shouting: ‘And his brother too! And his brother too!’ ”. 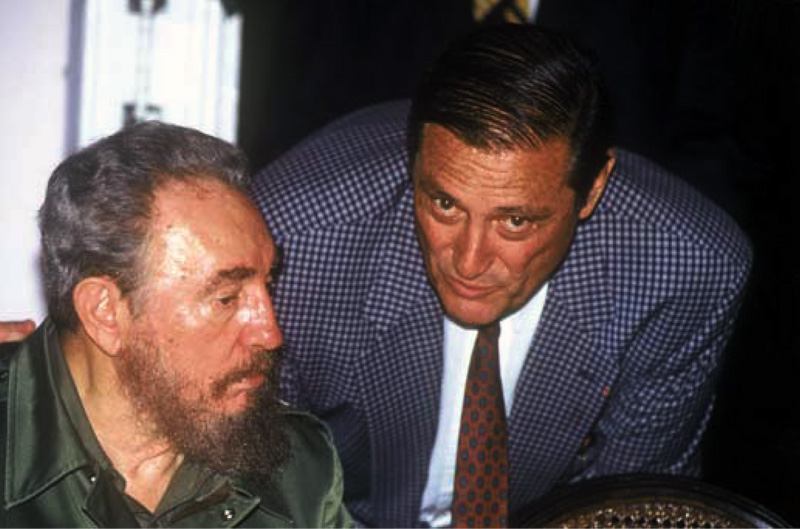 * A hint at one of the French philosopher Alain Badiou’s books, De quoi Sarkozy est-il le nom ? (2007) translated as The Meaning of Sarkozy by David Fernbach (2008).

translated from the French by Blandine Longre and Paul Stubbs